Our terminal is temporarily closed, with all scheduled flights to and from the Airport suspended due to the COVID-19 pandemic. The Aerodrome remains open to support vital services such as the Cornwall Air Ambulance, HM Coastguard Search and Rescue, and Military operations. Where possible our staff will be redeployed to support the wider response within Cornwall, through the Corserv group of companies.

For information on when our routes are currently expected to recommence, please click here.

The channel islands are a hop, skip and a jump away...

A resolutely British territory but situated so close to France, Guernsey has a unique feel of being pleasantly in-between cultures. St Peter Port, with it’s cobbles and regency period architecture is often touted as one of the prettiest harbour towns in Europe and there are plenty of bars and restaurants to enjoy. Alternatively why not explore the nature on show, with regular boat cruises taking you to spot seals, puffins and other native wildlife.

Fly direct to Guernsey (via Jersey) between June and August, or indirect between March and October.

Please note this service is operated by Blue Islands, it was operated under a Flybe Franchise so whilst it was unaffected by Flybe’s collapse, we are currently awaiting confirmation on how the service will be bookable moving forwards. 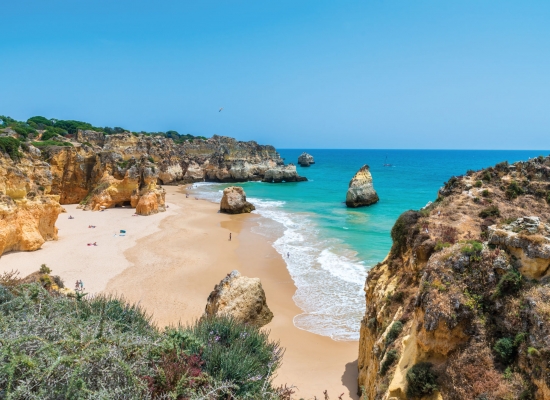 Explore the summer destinations you can jet to straight from your doorstep. Five reasons to fly to the Channel Islands this summer

Summer in the Channel Islands is hard to beat and with flights from Cornwall Airport Newquay 3 times a week, couldn't be easier