Covid-19 Update: Whilst it is no longer mandatory to wear a face covering within the airport terminal, we would encourage those that are able and willing to continue to do so. Some airlines may still require masks to be worn whilst onboard your flight so please do check with your airline before travel. Find out what we’re doing to keep you safe here.

Fly to Cork and kiss the Blarney Stone!

Aer Lingus Regional has introduced a new twice weekly summer route from Newquay to Cork. What better way to discover the delights of Ireland’s second city and its wonderful surrounding countryside than flying from Cornwall, just a short one-hour flight away? Here are Sue Bradbury’s top tips for making the most of your break. 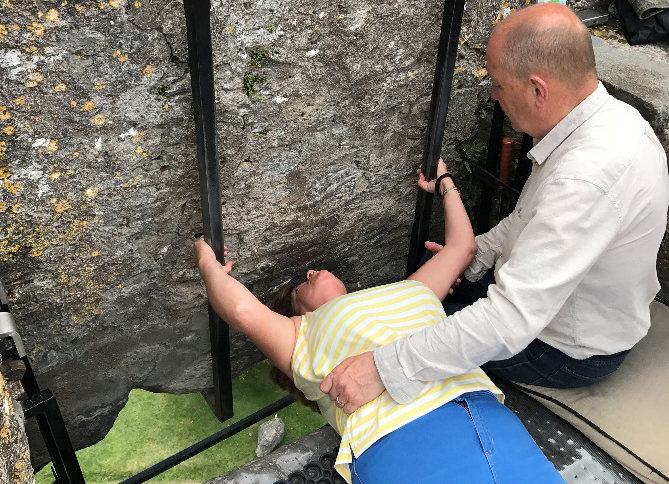 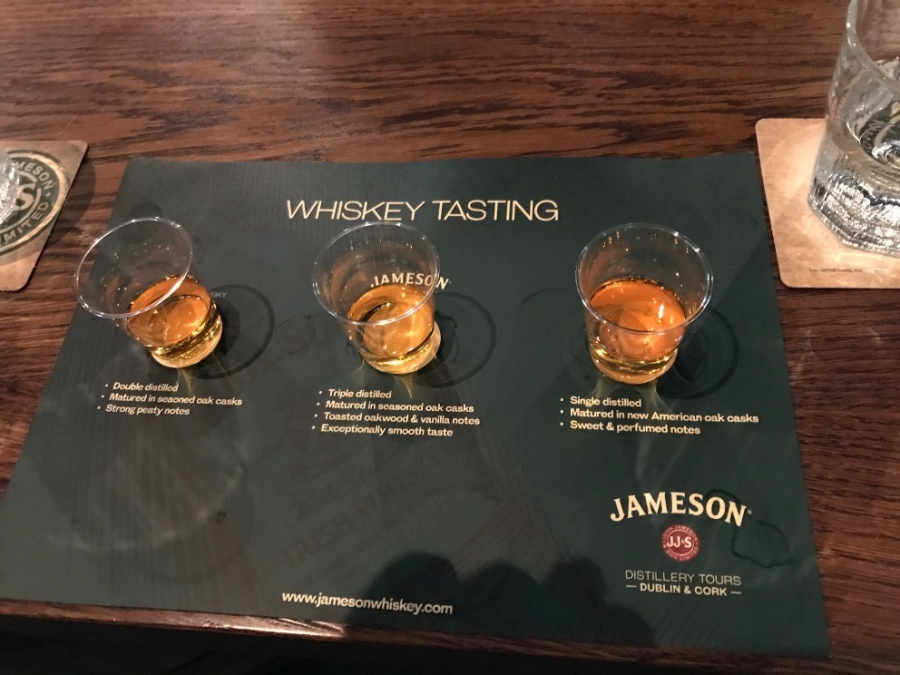 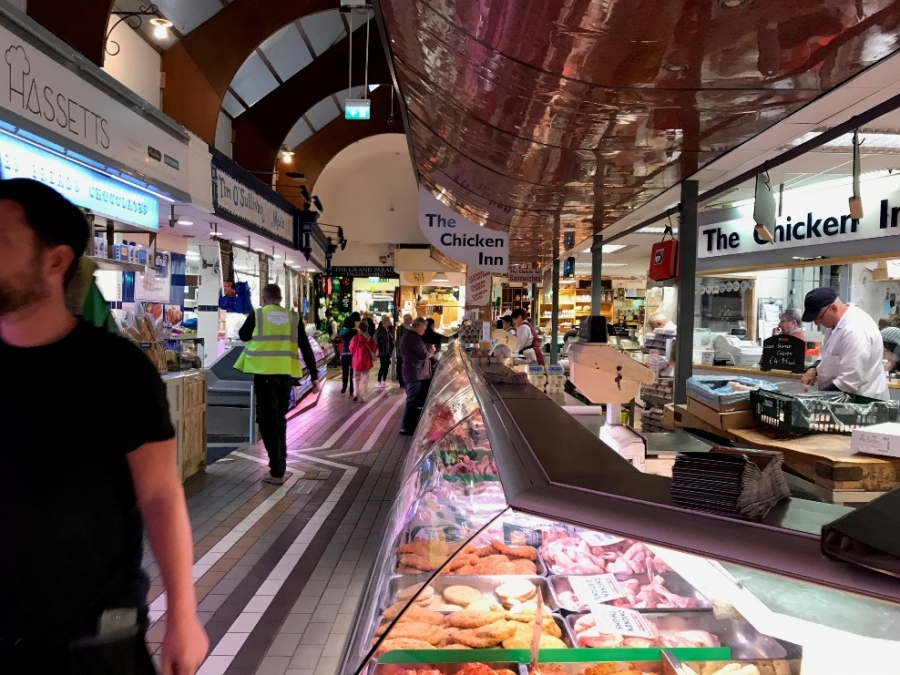 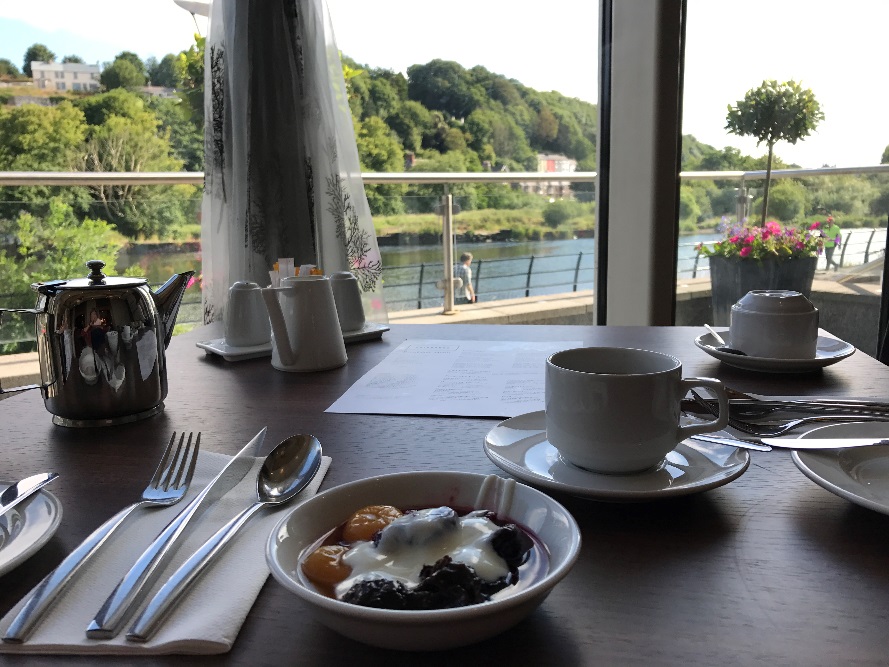 Are you brave enough to hang over the edge and kiss the Blarney Stone?

Indulge in a Jamesons whiskey tasting in Midleton

Shoppers discover the delights of the covered English Market

Enjoying breakfast with a view at the Kingsley

Just a short bus-ride away from Cork is Blarney, the pretty Irish village world famous for its stone. Said to endow those who kiss it with the gift of eloquence, it’s embedded in the battlement wall of Blarney Castle, a romantic-looking 15th century tower surrounded by flower-filled gardens, rocky grottoes, weaving pathways and picturesque waterways. Kissing it requires queuing (unless you beat the crowds by arriving early or late), climbing more than 120 steep, spiral steps and nerve for those not entirely comfortable with the idea of lying down and tilting their head backwards over a dizzying gap. The challenge doesn’t seem to put people off. The castle has more than a million visitors each year and celebrity kissers include Sir Winston Churchill and Mick Jagger. A definite must-see.

First opened in 1824 and closed as a prison after the civil war around 100 years later, Cork City Gaol stands as an evocative and compelling reminder of just what justice in the past meant and why, for those born poor, punishment was often much harsher. Full of sombre cells and stark corridors, the Gaol uses guided tours, mannequin-led displays and well-produced video to help tell its many poignant, yet fascinating stories. Don’t miss putting yourself in the stocks for a great photo opportunity.

Midleton is 10 miles east of Cork and the only place in the world where Jameson’s Irish whiskey is still made and distributed. Go there by bus (easily caught in the city centre and, at 7 euros return, very economical) if you haven’t hired a car. The old distillery is home to a grand old water wheel that once dominated production, the biggest copper still in the world, enormous iron-bound vats and a vast number of barrels hand-made by coopers. No whiskey tour would be complete, of course, without a tasting or two. The verdict? Another one please…

Shop in the Market...

One of the places to see in Cork is the covered English Market. With a history dating back to 1788 when it was first opened, it’s a feast for the eye and stomach with a cornucopia of independent traders selling everything from meat and fish, herbs and spices, chocolates and cakes, cheeses and pasta to crockery and art. The selection on offer is dazzling and, despite the name, a real tribute to Irish enterprise and traditional culinary know-how. No wonder Rick Stein is quoted as saying: “in my opinion this is the best covered market in the UK and Ireland.”

Stay at The Kingsley...

The Kingsley is a four-star spa hotel on the banks of the River Lee. An easy, flat 30-minute walk from the city centre, it’s spacious, well-furnished and a comfortable place to relax. There’s an indoor swimming pool, a large outdoor hot tub with commanding water views, a well-equipped fitness suite and plenty of spa treatment options. The food is excellent, too, with two locally-themed restaurants and the bar to choose from.