Flybe’s inaugural flight from Cornwall Airport Newquay took to the skies yesterday (30th October) with a unique Cornish cream tea for all passengers on board the flight to Manchester Airport.

The cream teas served onboard were made up of ingredients sourced from Cornish suppliers, and featured local scones, clotted cream from the world-renowned Rodda’s and jam from Boddington’s Berries, a third-generation Cornish family business.

Passengers were advised to assemble their scones with the jam underneath the clotted cream, as Cornish tradition firmly dictates. Though the cream teas were a one-off for the inaugural flight, passengers can expect complimentary tea, coffee and juice onboard as a standard on every Flybe flight. For winter, Flybe has also introduced the choice of a hot chocolate.

Dave Pflieger, Flybe CEO said: “After discussions with the team at Cornwall Airport Newquay, we all agreed that there was no better way to commemorate our inaugural flight than to serve traditional Cornish cream teas to ensure customers could properly celebrate this new connection between Manchester and Newquay. It’s a route we think will greatly benefit residents, commuters, and holidaymakers alike.  “We believe it is critical to add routes like this to our network to not only support flybe’s mission of providing customers with better regional connectivity, but also ensure we continue to provide convenience and comfort at a great value. We’re confident that anyone who partakes in our unique flybe experience will find it’s exactly their cup of tea.” 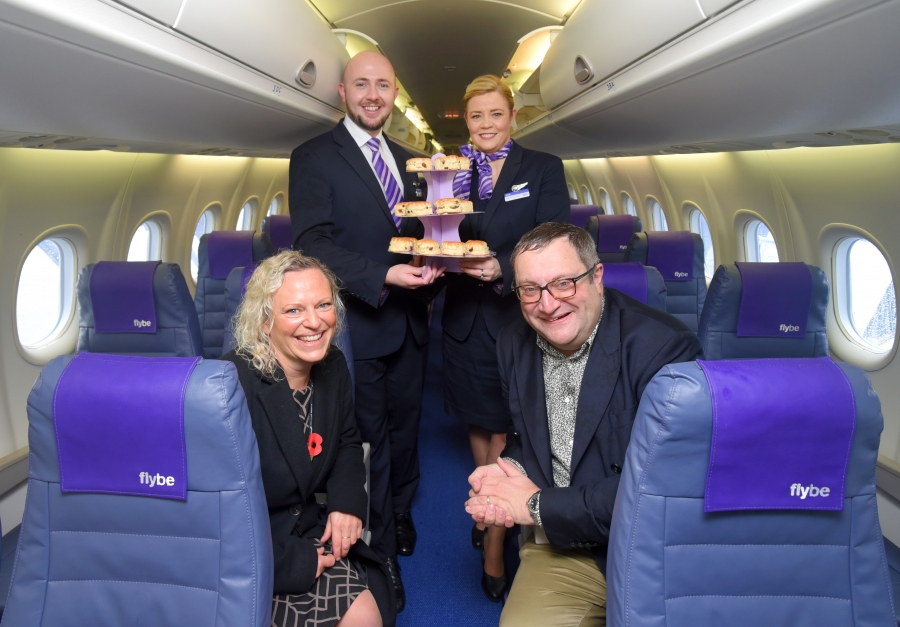