With Flybe increasing their flights to twice daily from Cornwall Airport Newquay to Manchester, reaching the UK’s second city has never been easier! The old industrial heart of the north has plenty of secrets to yield to those who want to spend the time to explore its red bricked streets. We could have written pages and pages on what to get up to on your city-break but alas there was just too much, so here’s what made our shortlist on what to get up to on a trip to Manchester. 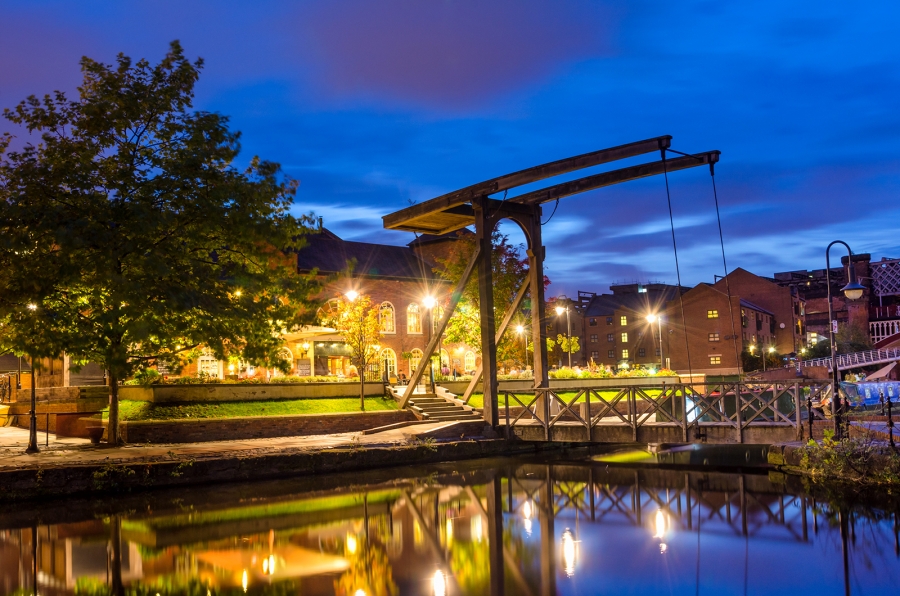 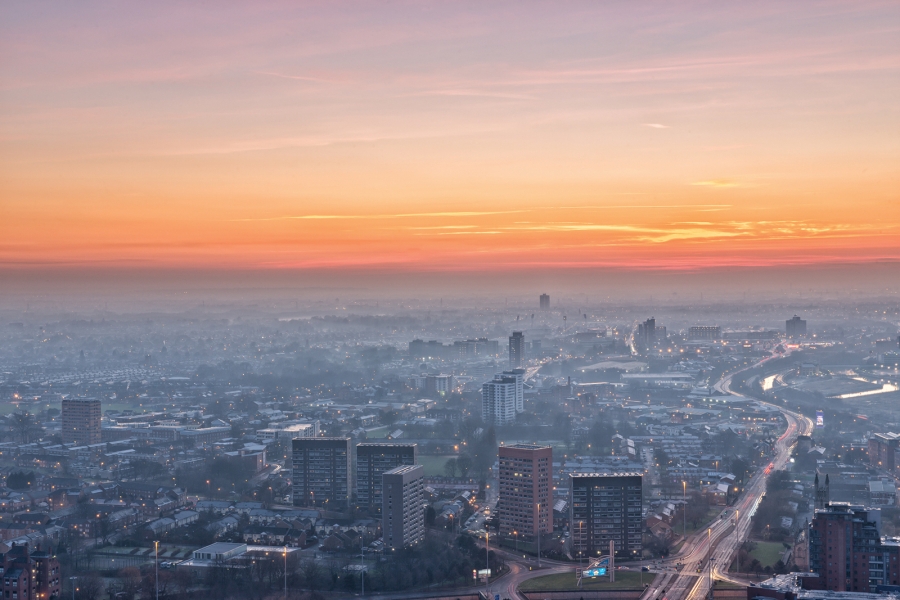 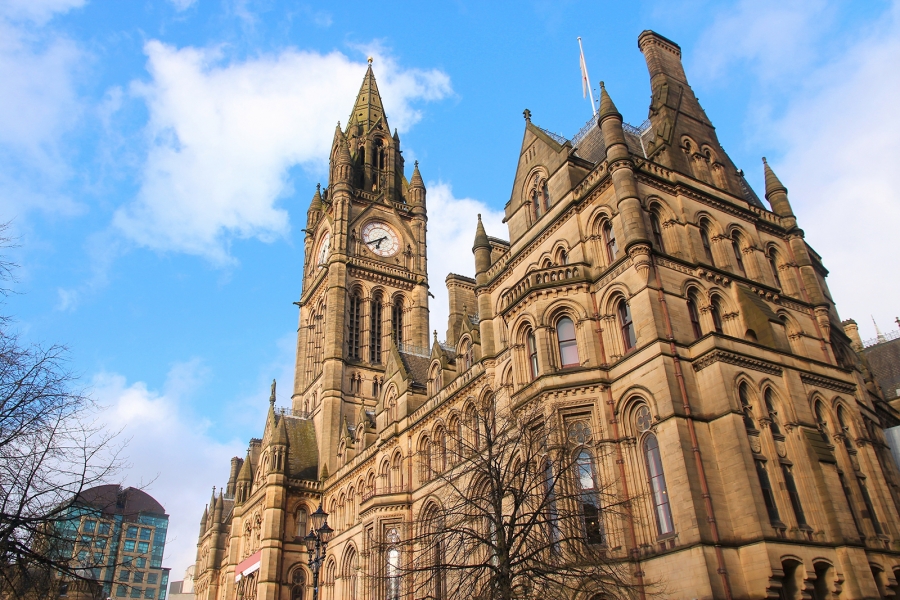 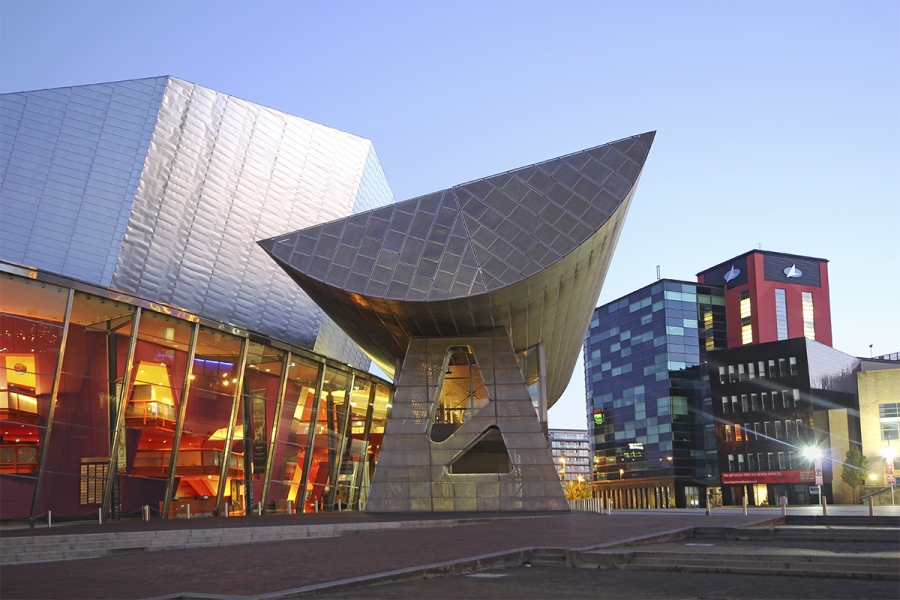 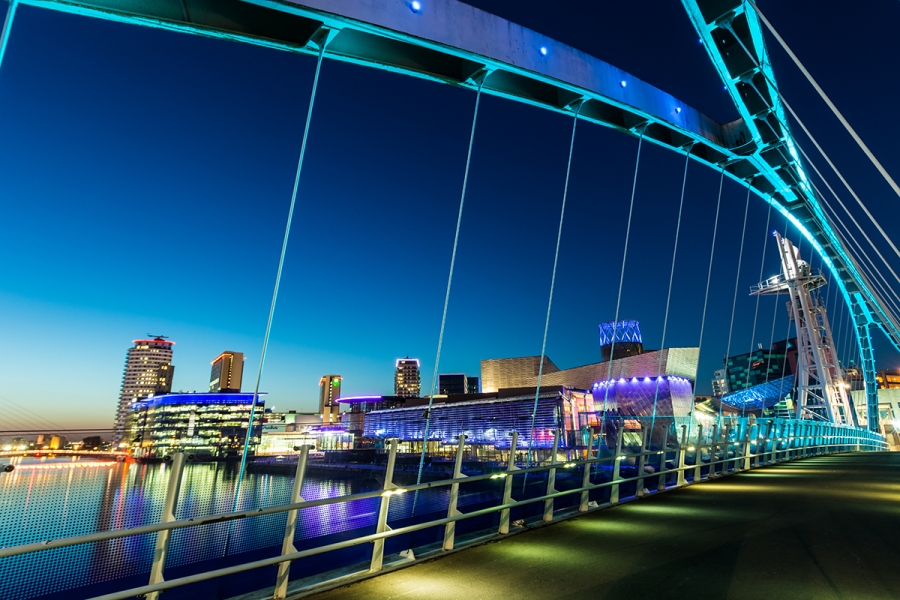 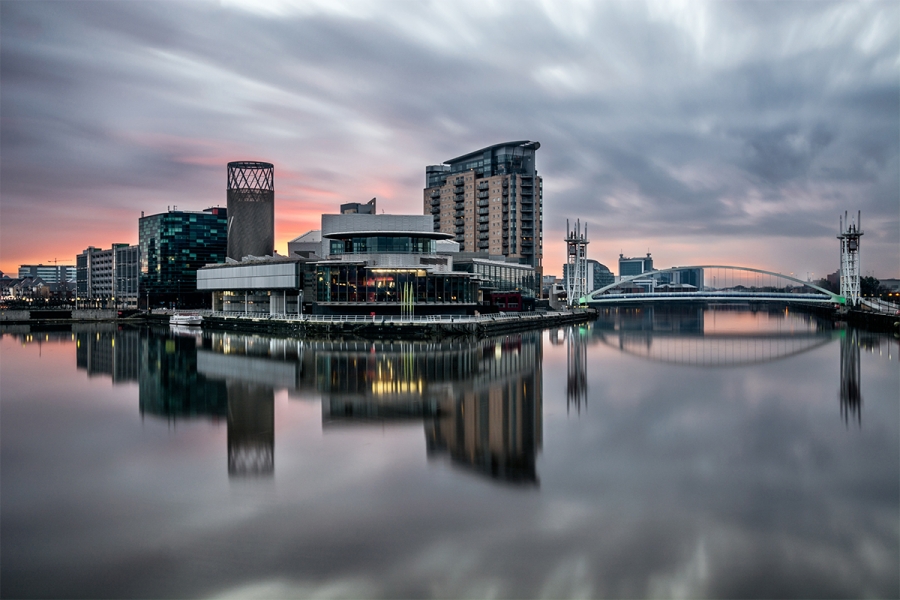 Salford Quays at night from the millennium footbridge

Salford Quays and the millennium footbridge at sunset

Partial to a bit of retail therapy? Manchester offers a plethora of shopping experiences for you to choose from. You could worship at the cathedral of commerce that is the renowned Trafford Centre; with its grandiose, vivid and quirky rococo/late baroque architectural style. It really is decked out like a grand space of worship and is rather impressive in itself, and that’s before hitting the 280 shops available!

For a more boutique experience the creative Northern Quarter has some great little vintage shops to choose from. It also holds the Manchester Craft & Design Centre which is full of little artist studios where you can browse some great examples of the city’s buzzing contemporary art scene.

We haven’t even mentioned the two Selfridges stores in the city, but there’s more to life than shopping! Like…

Admittedly this is not for everybody, but if you are a fan of ‘the beautiful game’ then Manchester, some would argue, has rather more to offer than anywhere else in the UK.

As well as being home to two of the biggest clubs in Europe, which offer tours of their spectacular grounds, there is the National Football Museum to see. Here you can hark back to the good old days when England actually won things (ok, just the one thing!) or test your own footie skills with interactive exhibits like ‘Penalty Shootout’ or the ‘MOTD commentary challenge’.

3. Get lost in the Music

Manchester’s music scene has been and still is one of the most vibrant and productive of recent memory. Kicking off with the Hollies and Bee Gees in the 60’s the city has seen the rise of The Smiths, The Stone Roses, Oasis – We could go on…

The city still has a fantastically creative gig scene and there’s always a show or concert to be found, whether you visit the historic ‘Salford Lads Club’ where they have an entire room dedicated to The Smiths, or the colossal Manchester Arena who have hosted everything from The Rolling Stones to Pavarotti!

4. Sample great food from around the world

Manchester contains the second largest Chinatown in Britain, as well as one of the largest south Asian communities in the UK. Its famous Curry Mile offers fantastic Indian cuisine for you to scorch your taste buds with, ranging from the cheap and cheerful all-you-can-eat, to glittering palaces of curry perfection.

There are some more rarefied options too. Why not look up Umezushi for a more tranquil and intimate evening, bringing you the best of Japanese dining to sample from the far-east. Or perhaps you’d prefer something a little more traditional, like the fare on offer at Manchester House where they provide delicious taster menus for you to try the best classic dishes with a quirky modern twist.

5. Enjoy a BIG night out

Manchester is well known for its energetic club scene so if you want a big night out, there are few better places. For a little bit of class and sparkle make your way to Cloud 23, an exclusive Cocktail bar located in the Manchester Hilton. For panoramic views across the city and classy cocktails it simply can’t be beat.

If you want to live it up a little, visit the Walrus or the The Whisky Jar in the Northern Quarter for a cocktail or three. It’s very atmospheric, with converted old warehouses and cobbled alleyways to wander down. The Wharf in Castlefield is also great for real ales and to sit out, enjoying their canal side terrace.

Share this page
Airport parking
Where can I fly?
How to find us