A weekend in Newcastle

With flights between Newquay and Newcastle operating year round with Loganair, we thought we’d take a look at a pre-Christmas weekend in the city famed for its shopping, culture and hospitality.

If you’ve been missing city breaks, why not try a weekend in Newcastle? With flights between Newquay and Newcastle operating year round with Loganair, we thought we’d take a look at a pre-Christmas weekend in the city famed for its shopping, culture and hospitality.

From 14th November all the way through until 26th December, Newcastle’s famous Continental Christmas Market runs in the city centre and it is hoped that if COVID restrictions remain reduced that it’ll run for 2021. As well as continental stalls to do some present shopping, you’ll find gastronomic delights, fairground rides and bars throughout the huge area to make for a thoroughly festive experience. In addition to the continental market, you’ll also find markets at both Grainger Street and Quayside, offering local market produce, food and drink. 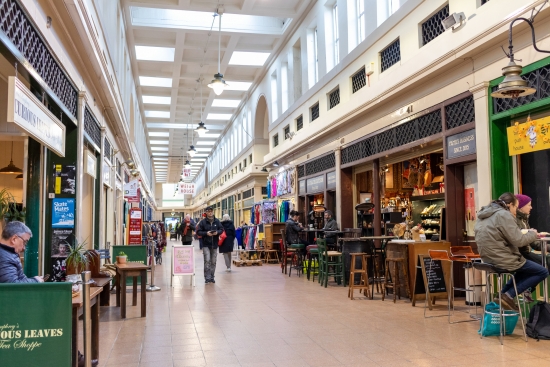 Newcastle is famed for its nights out. But while clubbing is still a huge part of the social scene, there are also lots of great wine bars and restaurants to visit while you are there. For clubbing and big nights out, head to The Bigg Market, The Diamond Strip and Quayside.

The Diamond Strip is home to the upmarket bars that attract celebrities, footballers and a more mature, well dressed crowd. Quayside has been redeveloped over the past few years to become an incredibly popular bar and restaurant area with young and old alike.

For food, Newcastle offers some fantastic options. Peace & Loaf is owned by Masterchef: The Professionals star, David Coulson, and is known for being one of Newcastle’s best restaurants, offering seasonal menus that change regularly.  A bit of a change of pace but if you are missing your furry friend, grab a coffee at Cat Café Mog on the Tyne!

Blackfriars is the oldest dining hall in the UK, dating back to 1239 and regularly entertaining every noble person and Royal that visited the city. Now it is a popular restaurant and provides a very different feel to some of the trendy dining experiences you’ll find elsewhere in the city. 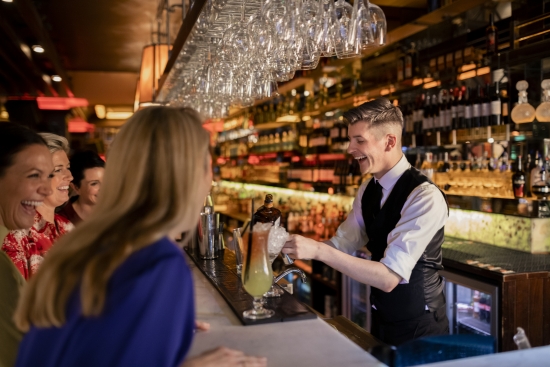 Newcastle is famous for its great shopping, so it makes a great choice for some pre-Christmas browsing. As well as heading to the city centre shopping streets, Newcastle is also home to a number of shopping centres, including the largest in the UK, the Metrocentre in Gateshead (just south of the city across the Tyne).

Royal Quays, just outside of the city centre near the ferry terminal, is an outlet shopping village where you can get designer brands for up to 60% less.

And if independent stores are more your bag, head to trendy suburb Jesmond, where you’ll find not only plenty of shops but a wealth of great bars and restaurants (including Peace & Loaf). And if you are missing the seaside, head to the coastal towns of Whitby Bay and Tynemouth, where you’ll find many more independents to support!

Take in some culture

Yes, Newcastle might have been associated more with Geordie Shore in the last few years, but it really is an incredibly culturally rich city. Whether its various art galleries such as BALTIC centre for Contemporary Art and the Biscuit Gallery or taking in a concert at iconic venue Sage Gateshead https://sagegateshead.com/ which this Autumn/Winter will see everyone from Cliff Richard to Anna Meredith, there is plenty to do.

Head to the Quayside area for Live Theatre, a company creating live theatre and comedy. Their productions often find themselves in the West End and they’ve won Olivier Awards for their work – definitely a treat if you have been missing live theatre.

Loganair are flying to Newcastle Airport from Cornwall Airport Newquay twice a week throughout the winter.