A long weekend in Edinburgh

One of the most beautiful and culturally rich cities in Europe, Edinburgh is most famous for hosting a festival that essentially began as a protest to main stream culture, but the city has far more to offer than just that. Whether you are into slow walks around the city, drinking in its stories, culture and history (of which there are much and many, we assure you) or want to wine, dine and meet some of the friendliest people you’ve ever come across, Edinburgh has something to capture both the imagination and the heart. 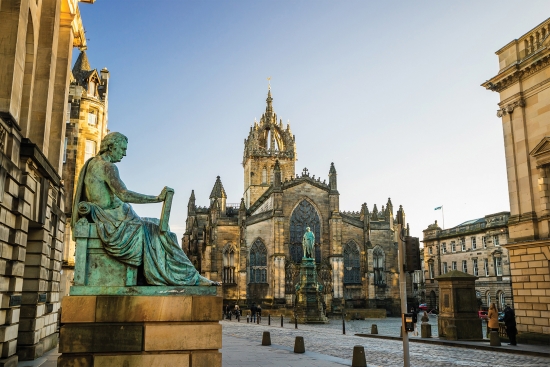 Edinburgh didn’t get the label the ‘Athens of the North’ for nothing, despite the distinct lack of Mediterranean sunshine. Culturally the city is on a par with the great historical capitals of Europe, even holding its own against Paris and Prague, so long as you don’t mind a little rain. 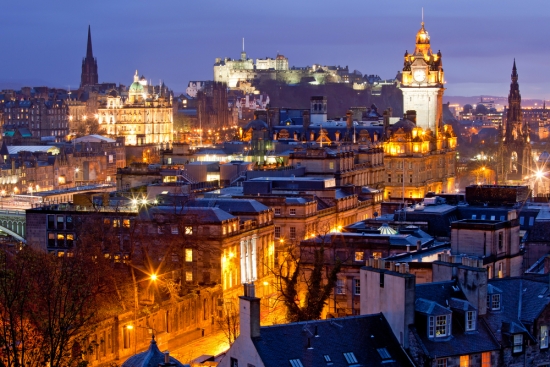 In 1947 eight theatre companies showed up uninvited to the first ever Edinburgh International Festival. As they weren’t invited to the “official festival” the companies played in venues around the outskirts of the city, and thus unintentionally created the defining principles of the Edinburgh Fringe Festival; unconventional venues and no invitation needed!

From its humble origins as a small gathering for the alternative arts, the Fringe has now grown to be the world’s largest arts festival with performers from comedy, theatre, opera, dance, cabaret, poetry, street performance and almost any artistic discipline one can think of! You don’t even need to buy a ticket to see some shows, with performers, jugglers and street artists lining the cobbled thoroughfares of the city.

The plethora of entertainment on offer is really too much to describe and visiting in person will guarantee an unforgettable experience of art and culture – whether you want to laugh, cry or think a little more deeply about the world there will almost certainly be a show to pique your curiosity.

Edinburgh Castle & The One O'clock Gun: 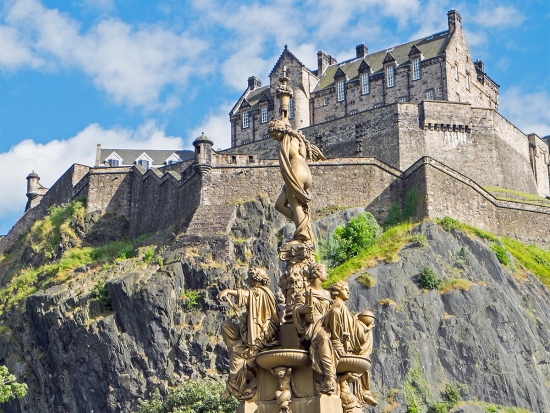 No visit to Edinburgh would be complete without being able to say that you saw it - you were there when they fired the cannon from Edinburgh Castle.

The One O’clock Gun as it is now known has been a staple of the city since 1861, when it was used to signal the time to ships anchored in the Firth of Forth allowing them to adjust their maritime clocks and set out on voyages in the knowledge that they were accurately calibrated. It is fired every day at 1pm except Sundays, Good Friday and Christmas Day and is a great attraction, regularly drawing large crowds to the spectacle.

Edinburgh Castle itself is a stunning piece of architecture and well worth a look if you’re into your history. There has been human activity at the site since as far back as the 2nd Century AD, with a Royal Castle being recorded on the site from the 12th Century.  The castle that stands on the site today was mostly built in the 16th Century, and it is now one of the most visited attractions in Scotland. 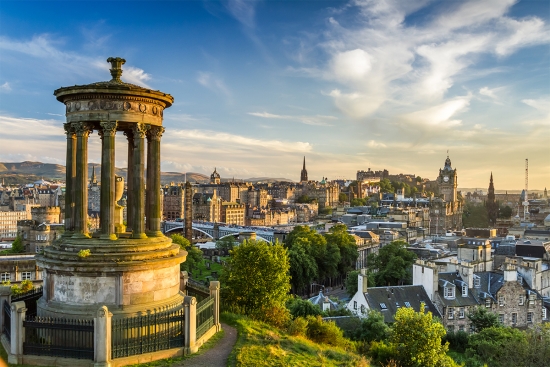 Edinburgh is a trendy city of culture with a bustling social scene - and with that comes some seriously good food. The city is full of options; from cheap & cheerful to gourmet gastronomy - from vegan and vegetarian to meat-eaters’ paradises.

If you’re looking for a quick bite at lunchtime, why not head over to Oink on Grassmarket or Canongate for a delicious Scottish Hog Roast served up in a fluffy white bun or, for something a little less meat based, try The Piemaker near South Bridge where they produce award winning home-made traditional pies in vegetarian, vegan, (and yes) various meat incarnations.

For those of a more rarefied disposition there are some amazing choices for fine dining experiences in and around the city, including an impressive fare at The Witchery by the Castle. Get a taste of Scotland’s gothic past in the sumptuous oak panelled dining room with its rich leather booths, or sit out in the leafy vine-laden courtyard if the weather is fair. The restaurant sources its produce locally with care and attention and combined with the luxurious surroundings the results are memorable, to say the least.

And of course, for those looking for truly adventurous Scottish cuisine, there’s always the Haggis…

There really is something for everyone to discover in Edinburgh, no matter your disposition, and with Flybe increasing the connectivity from Cornwall Airport Newquay to the Scottish capital it’s never been easier to make the trip.

Share this page
How to find us
Where can I fly?
Airport parking